World 1 demo brings you to the outer forests 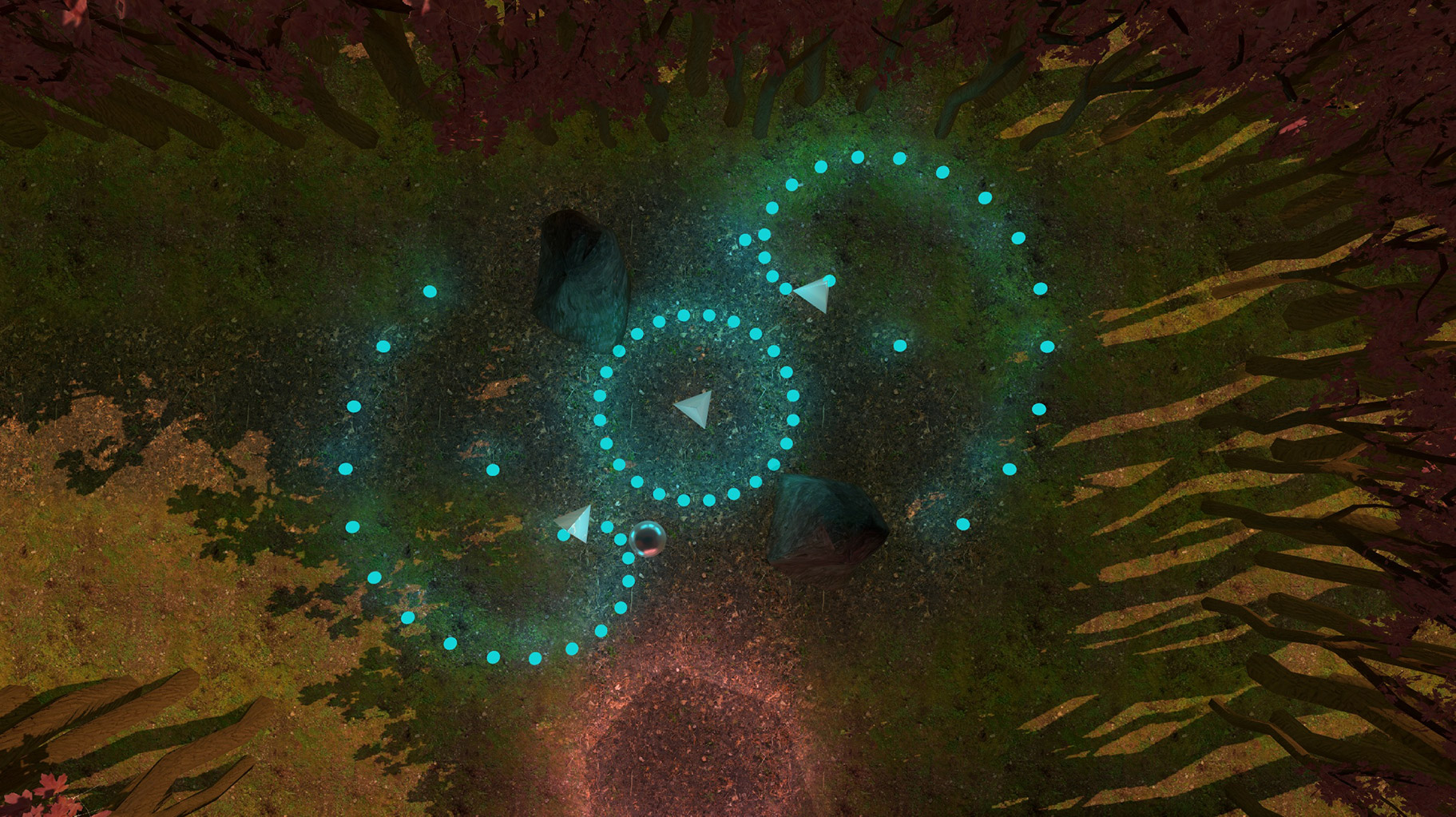 After 2 months from the last playtest, the third demo is ready for review. This one brings the first real graphics to the game; with the addition of Voxel Cone Tracing there's a warm glow to the whole forest. Right now that's the biggest time sink per-frame so I am doing some more research about different variations of the technique. Because everything is one screen, there might be a screen space approx that looks good enough.

The final boss has been made to shoot out enemies as an attack, which I think is a cool idea, but needs to be balanced more. I've found a couple of strategies that work well, but you can cheese it easily if you know some tricks. Not too sure if that's a good or bad thing right now, I'm leaning towards the second because it should still pose some challenge. We'll leave it to the playtest though.

The side rooms have turned into more of item rooms than alt paths that teach you how to play, which was the original idea. But I think that it works better not to get to crazy with the path for the first world. . Maybe I'll come back and rework these but I think that it's good for now, the items that you get can help you if you have trouble and work to highlight the gameplay mechanics well.

There are the first hints at what the story is going to be. I'm going to try to tell it through lore and you'll need to piece it together. I was reading something, I'll link it if I can find it, where someone was talking about how telling a simple story through complex means is the worst way to do it, and I have to agree. But, I think that it'll work well and it follows with the themes that I want to focus on so I am going to go ahead with it and we'll see what happens.

You can download it and check it out at the top of the page or right here. Let me know if you don't trust it or what ever I'll bust out the hashes, but c'mon ❤️.

Thanks! Is there an rss feed for your blog?

It looks like wordpres has it’s default https://blog.winter.dev/feed/
Not sure how good that is though.

I want to get familiar with the process of releasing a game before I finish Metal Sphere Rising, so I’m planning on making a game in a month, and then releasing it on Steam or something. My brother and I were talking about it and came up with the idea of a space version of […]

Last time we looked at an algorithm for testing collisions between two convex polygons called GJK. It’s a useful algorithm for sure, but it doesn’t give us enough information to respond to the collisions it detects. In this article I’ll describe an extension that allows us to find the correct normal and depth of the […]

This post is less about some specific information and more about something I’ve been cooking up over at winter.dev/prims. When working in 3D everything is made out of meshes. In their simplest form these are big lists of positions that get fed into the GPU for rendering. These lists can be generated or loaded from […]

In my last article, I only covered sphere vs. sphere collisions because they are the simplest to compute. Spheres are nice and all, but there comes a time when more complex shapes are needed. One popular algorithm for testing collisions is the Gilbert–Johnson–Keerthi algorithm, or GJK for short. With it we can detect collisions between […]

By coincidence, right when The Cherno announced his game engine series I was just starting to get going on my own engine. I couldn’t wait to finally have a professional opinion on how to make one. With self-taught programming it’s hard to not doubt yourself constantly, wondering if you are doing things right or just […]

Another way of programming, taking it slow

Whenever I sit down to write some code, I always get an itch to finish whatever problem is staring me in the face right at that moment. Over the last 2 years, I’ve realized that if you can afford to tackle a problem over a long period of time, you should absolutely go for that […]

IwEngine is an engine that I started as a way to lean about how computer games are made. Right now I am trying to make my first publishable game with it. I started by making something that was linear and story based and got about 50% done with it, but I wanted to try and publish something smaller and more arcade like first. That has turned into these sand games...

Every shape has some method of generating a mesh for it, but there is no good central spot. This website will eventially contain a full list of differnt algorithms for every shape.

Youtube removed the exact subscriber count. This resolves that issue and graphs my count ever hour.

Support with your eyes. I enjoy writing these posts and editing the videos that go along with them. It is very satisfying reading the comments and seeing people enjoying and hopefully learning something from what I make. Sign up to get an email notification for whenever I make a new post. It seems like my pace is around once a month, so don't worry about spam :)

Did you know I make video version of these posts? Check out the 5-10 minute condenced versions over on YouTube. I end up putting about the same amount of time into them as the posts themselves, so would appreciate a view!

Over on Twitter I post updates about videos while they're being made along with other random thoughts. If that sounds more your speed, I'd appreciate a follow :)